Cape Epic Stage One, and the Heat is On, On and On

20 Mar Cape Epic Stage One, and the Heat is On, On and On

Posted at 19:07h in Uncategorized by Amorim Cork South Africa 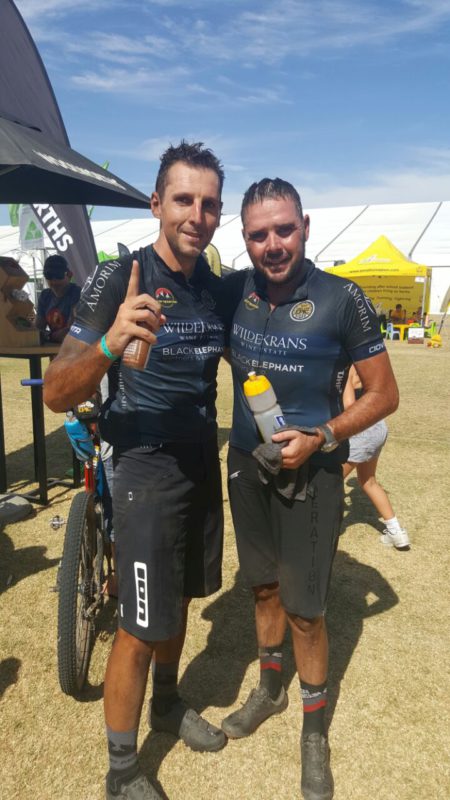 Welcome to the Epic. “It does not get much tougher than this,” said Jacques Wentzel after Stage One, a 101km pedal around the jarred, steep and rugged terrain surrounding the coastal town of Hermanus.

Jacques and his team-mate Braam Gericke, two wine-makers from Black Elephant Vintners and Wildekrans Wine Estate respectively riding this year’s Cape Epic in association with Amorim Cork, completed this stage in an admirable 6hrs 50 mins, pretty much on the schedule they had set themselves.

“We try to ride 15km every hour, but with the unpredictability of the route it is easier said than done,” said Jacques after the stage. “It was hellishly hot, temperatures in the mid-30s, and the riders suffered – I saw some ugly things out there as the African heat took its toll on the riders not accustomed to it.”

The pinnacle was the three-and-a-half kilometre climb known as the Haarkappers Route – after 60kms in the saddle and in the heat, this is as hard as they come.

“Braam and I have a policy of not getting off our bikes, because walking plays with your mind and gets you into a negative zone,” says Jacques. “But today most riders had a walk or run with their bikes across the steep, daunting terrain.”

Besides two wheels, a pair of fit legs and an iron-will, tackling the Epic requires one to ensure your body remains hydrated. “We drink 750ml of water an hour, as it is essential that you manage the core temperature of your body,” says Jacques. “Remember, you’re not just managing your body to finish the stage, but for the next few days as well.”

The lack of ice and cold water at the watering points along the route left a bad taste, so when we caught up with Jacques and Braam they were chilling in the swimming pool of their rented cottage with a few chilled beers.

“I took a bit of a tumble today, but no mortal injuries or broken limbs were incurred,” says Braam. “We had a sapping day, but feel fit and strong. The support along the route was amazing, and I don’t think anyone knows how much a few cheers and shouts from the spectators means to us. It is one of the things that makes the Epic, epic.” 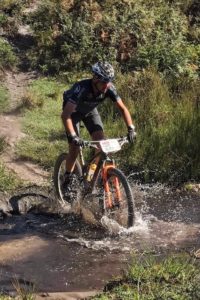 Braam takes to the water. 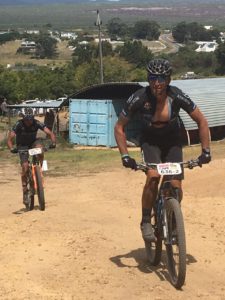 Jacques on the climb. 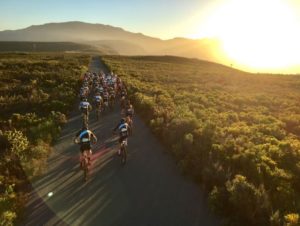