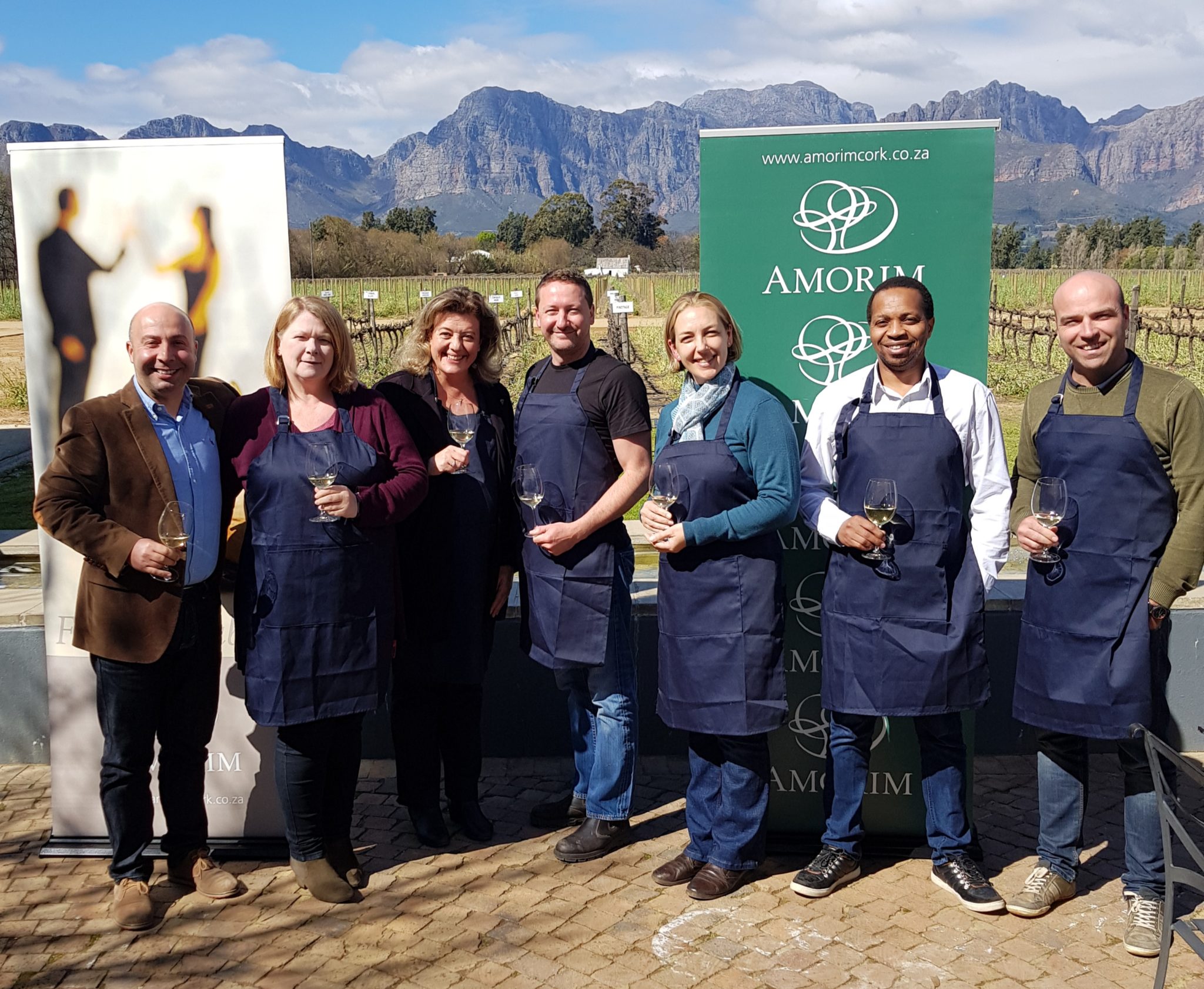 Posted at 13:11h in Uncategorized by Amorim Cork South Africa

A seemingly insatiable thirst for Cap Classique sparkling wines among South African consumers and growing confidence in their category by producers are seen as reasons behind the growth in entries to this year’s Amorim Cap Classique Challenge, the leading competition rewarding the country’s bottle-fermented sparkling wines.

Some 127 entries were received for this year’s Amorim Cap Classique Challenge, now in its 17th year, the most the competition has seen to date. Judging took place at Nederburg in Paarl this week, with the results to be announced on 27 September.

According to Cape Wine Master Heidi Duminy, the convener of the judging panel, it is apparent that producers are making Cap Classique in an increasingly definitive Cape style instead of aiming for Champagne look-alikes.

“It appears that over time, producers have benefitted from their experience with base wines to best achieve a defined character in the bottle-fermentation process,” she says. “Even though the classic Champagne grape varieties still perform the best, there is definitely a clearer character differentiation emerging with a thread of unified quality that seems to be linked to time on the lees. And of course, the generosity of Cape regionality and terroir.

“I think we are succeeding in establishing the features and styles that will position Cap Classique as unique to the world.”

“It was a rigorous two days’ judging,” says Duminy, “not only because we saw the most entries in the competition’s history, but also due to the high standard and diversity of the wines eventually emerging as front-runners that were properly scrutinised for gold and double gold status. The style became the defining influencer here and there was a lot of debate, banter and re-tasting. The top-scorers are stunning.”

Joaquim Sá, MD for Amorim Cork in South Africa, says Cap Classique remains a strong and growing category due to its popularity among local consumers.

“They are truly spoilt for choice with the ever-increasing number of producers making splendid Cap Classique wines in a variety of styles,” says Sá.

“Together with a number of big Cap Classique brands who are putting a lot of marketing budget behind their wines, this exciting category remains at the forefront of the South African wine scene. For Amorim, the world’s largest supplier of cork stoppers, it is a tremendous privilege to be involved at the coalface of this dynamic category and to be part of the success story.”