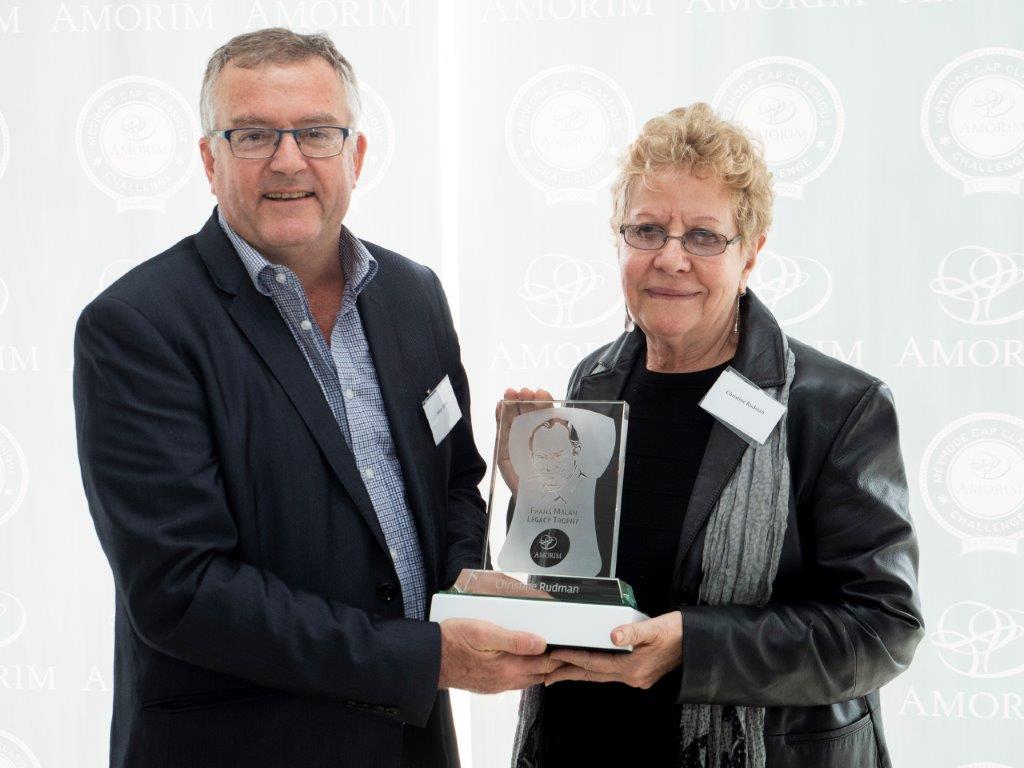 Posted at 12:05h in Uncategorized by Amorim Cork South Africa

Each year Amorim and the Cap Classique Producers’ Association recognises an individual for his or her contribution to the quality, culture and ethos of Cape Classique. For this, Amorim awards a Trophy named after the patriarch of Simonsig Wine Estate in Stellenbosch who pioneered the Cape Classique category by releasing the first South African bottle-fermented sparkling wine in 1971.

Christine is one of the true doyennes of the South Africa wine industry. Through her career as marketer, wine teacher, head of the prestigious Cape Wine Academy, acclaimed judge and wine journalist she has been espousing her love for Cape Classique for as long as the category has existed.

“This award does not mean I am retiring!” Christine quipped when accepting the Trophy. “It has just been so rewarding to see Cap Classique become a force in its own right, offering one the perfect means with which to begin a lunch or dinner, or just to enjoy whenever the occasion calls.”

Christine said that the quality of Cape Classique is undisputed and truly world-class. “Being exposed to thousands of wines a year, I can say that Cap Classique does not have to stand back to fine French Champagne,” she says. “Our winemakers have done an extraordinary job in creating a category that now has tremendous critical acclaim as well as commercial appeal. For who just does not love a glass of bubbly?!”

According to Joaquim Sá, MD of Amorim Cork South Africa, it is a great honour to award Christine with the Frans Malan Legacy Trophy.

“Christine is one of the true ambassadors for South African Cap Classique and South African wine in general,” he says. “Her knowledge and experience has seen her command a position of respect in the industry and we are very honoured to have this year’s Frans Malan Legacy Trophy in her hands. And trust me, whenever one enjoys a glass of Cap Classique or any other wine with Christine, you always learn something new