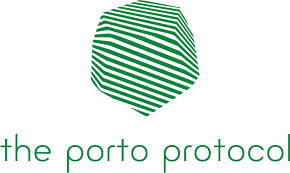 Posted at 06:00h in Uncategorized by Amorim Cork South Africa

“As the first designated wine route in South Africa and home to our South African operational centre, Stellenbosch is an important region for Amorim’s business of distributing cork stoppers to the local wine industry,” says Sá. “Being a supplier of a product that is so synonymous with wine, Amorim sees itself as a partner to the wine industry, sharing its aspirations, vision and concerns. There can be no doubt that climate change is currently a major concern of the wine industry globally, and as one of the world’s leading wine producers, South Africa has to show a commitment to addressing the issues of global warming and geographical instabilities. 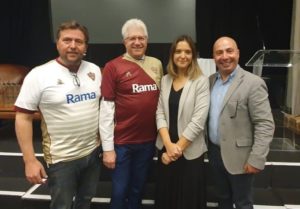 At the signing of the Porto Protocol in Stellenbosch: From left are Mike Ratcliffe, chairperson of Stellenbosch Wine Routes, Alan Winde, premier of the Western Cape, Tania de Oliveira from Taylor’s Port in Porto and Joaquim Sá, MD of Amorim Cork SA.

“The Porto Protocol, which originated close to Amorim’s head-office in Portugal and of which we are a leading partner, provides a platform for wine producers to tangibly show their commitment to battling climate change and reducing carbon emissions throughout their value-chain. In conjunction with Stellenbosch Wine Routes, Amorim will help mentor the ideals of the Porto Protocol among the wine and tourism communities, who we hope are currently getting on-board and signing the Protocol to show their support and commitment.”

Sá says that the Porto Protocol encapsulates Amorim’s own values and ethos as an environmentally friendly producer of a truly natural product, namely cork.

“Whether used as a wine stopper, floor-tiling or industrial application, cork is a sustainable natural product from the forests where the bark is harvested right up to the final application,” he says. “Amorim’s ethos is one of environmentally consciousness and sustainability, making us a firm supporter and partner of the Porto Protocol. We therefore look forward to playing a major role in driving this initiative in South Africa. Stellenbosch is to be congratulated for taking the lead and showing commitment to one of the major issues facing the world today.”