Posted at 14:39h in Uncategorized by Amorim Cork South Africa

Today Nando’s has grown to a restaurant-chain behemoth with over 1 000 branches in 35 countries.

But the original, the first, this Nando’s is still there in Rosettenville, and open for business. And like many Nando’s establishments, the Original has recently undergone a refurbishment using Amorim cork fittings, giving the founding restaurant a modern and functional, yet aesthetically appealing atmosphere. 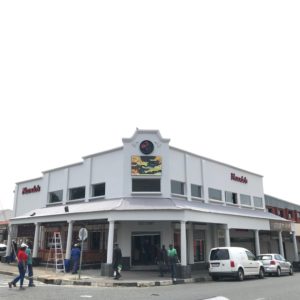 The relationship between the origins of Nando’s and Amorim Cork is closer than one thinks: Amorim was founded in Gaia, across the Douro River from Porto, some 150 years ago. Fernando Duarte, one of the two founding fathers of Nando’s restaurants, emigrated from Porto to South Africa.

The Amorim Cork features were specified and installed in the Rosettenville shop, as well as in Nando’s across the country and internationally, through Studio LeeLynch in Cape Town. Owner Tracy Lynch says: “The collaborative aspect is hugely important to me, and I have had the good fortune to initiate and curate Nando’s massive, long-term collaboration with South African designers and makers, which has involved the complete revamp of Nando’s Central Kitchen as a show case of contemporary SA design and the introduction of South African design into the restaurants across the globe.” 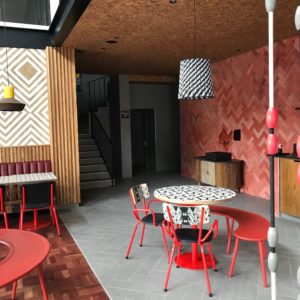 For the millions of people visiting Nando’s across the globe each month, the influence of Portugal is not only to be found in the chicken, Portuguese rolls and other meals. The atmosphere also has an air of the Mediterranean warmth and Latin style through the Amorim Cork fittings. It is all just good taste. 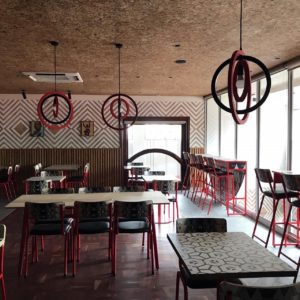