Cork is the bark of the cork tree (Quercus Suber L), which means that it is 100% natural plant tissue.

Trees may be harvested in cycles of 9 years after the tree’s maturity (25 years). The cork is harvested by specialised professionals, always between May and August, when the tree is at its most active phase of growth and it is easier to strip without damaging the trunk. The cork oak is the only tree whose bark regenerates, acquiring a smoother texture following each harvest. Over the course of its lifetime, which on average lasts 200 years, it may be stripped around 17 times.

These trees are mainly found in Mediterranean regions such as Spain, Italy, France, Morocco, Algeria and, most particularly, in Portugal. With 2.7-million hectares of cork-oak forests worldwide, the cork-oak tree provides a vital habitat for a range of flora and fauna, and accounts for the region’s rich biodiversity, apart from retaining millions of tons of carbon dioxide annually, making them crucial in the fight against global warming.

Cork oak trees can also be found in South Africa and are a legacy of nearly two centuries, planted during an era when collecting exotic trees was fashionable amongst the elite in Cape Town. All around the Cape, and even in the Kruger National Park, many hundreds of original trees with more than 100 years are still found, at wineries, forests, roads and parks.

Cork trees do not require the use of irrigation, chemical herbicides or fertilizers.

Cork bark is a vegetable tissue 100% natural. It consists of a honeycomb of microscopic cells filled with a air-like gas and coated mainly with suberin and lignin. Other compounds are identified in its chemical composition, although in less quantity, such as polysaccharides, ceroids and tannins.

Cork has qualities such as lightness, impermeability to liquids and gases, elasticity and compressibility. It is also a good thermal and acoustic insulator and highly abrasion resistant. 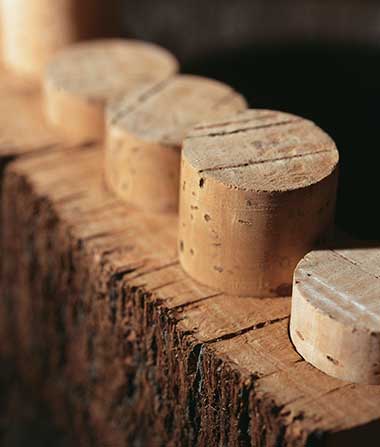 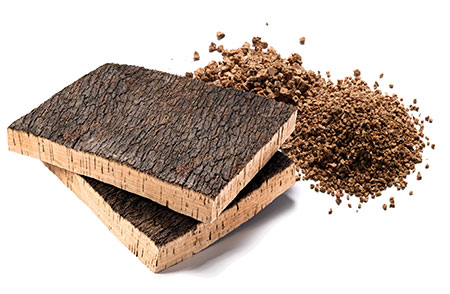 Used cork materials like wine corks can be easily recycled as raw material for insulation, flooring and products for areas as diverse as construction, fashion, design, health, energy production and the aerospace industry.

Thanks to a worldwide interest in sustainable agriculture and natural products like cork, we have established an alliance of concerned businesses, individuals, and ecological organizations to address opportunities in cork collection and recycling.